Shouting, threats of arrest, a Bexar County Sheriff Deputy, and a Univision news crew were all part of a City Council meeting held on April 13, 2016.

The City Council is supposed to meet every second Thursday of the month, which would have been April 14th, but the meeting was cancelled and the April 13th meeting was scheduled instead under the title “Special Meeting.”

Within the audience of approximately 35 people, people voiced frustration over the meeting not including a “Citizens to Be Heard” segment that is required by city law to be apart of regularly scheduled City Council meetings.  Others were upset that the meeting was not being translated into Spanish.

As the meeting started, Cathleen Recio shouted from the back of the room asking what happened to the Citizens to Be Heard segment.  Members of the City Council ignored her, which led to more people from the audience asking about their lack of opportunity to speak to the Council.

The Council members themselves ignored the audience and some even refused to look at them.

When one woman in the audience stood up and began protesting the meeting, the City Marshal Jesse Gutierrez stood up and told the woman she had to be quiet.  She wouldn’t stop talking, so he walked across the room and threatened to arrest her. 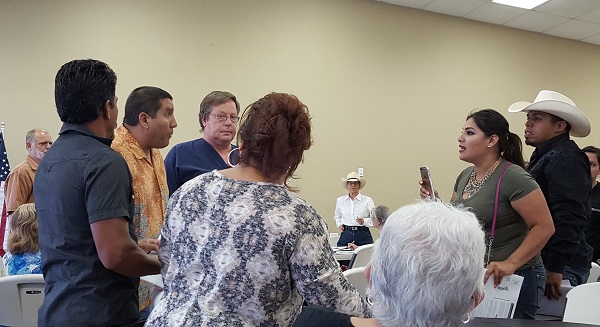 Gutierrez was in regular clothes and showed no badge.  Members of the audience demanded to know he was and what authority he had to threaten someone with arrest.  When Recio shouted at him that he wasn’t the City Marshal yet, Gutierrez stated

As a Texas peace officer I have the ability to act

Gutierrez is a detective with the Floresville Police Department, but didn’t say anything about it at the meeting, or show a badge. 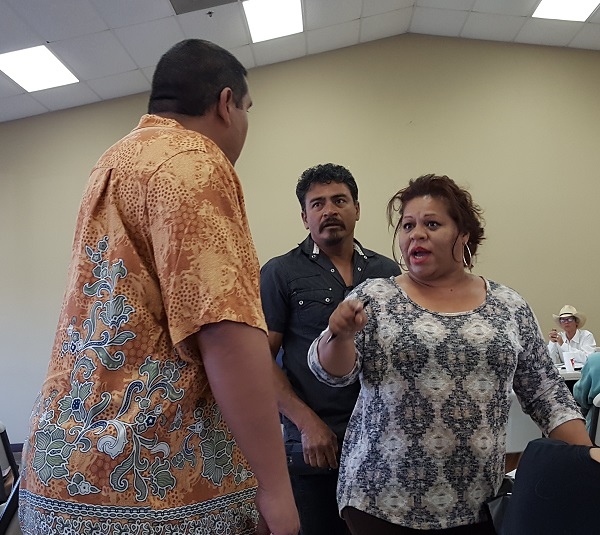 Gutierrez then pulled out handcuffs and threatened the protesting woman again, saying

You’re about to be arrested!

Another audience member, Dawn Allison, stood up and started yelling at the woman, saying she needed to learn English and that “this is America.” 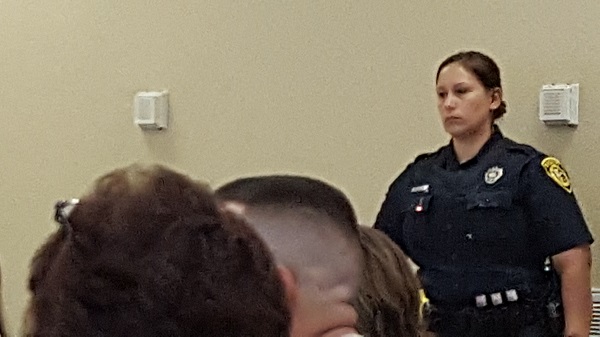 Mayor Micki Ball requested Gutierrez to accompany her outside of the building.  When she returned she was accompanied by a Bexar County Sheriff Deputy.  The deputy didn’t say anything to the audience, but stood at the front of the room for a short time before leaving.

Alderman BJ Gillespie made shushing noises to a man who was talking quietly.  The man shushed her right back and said “I’m not a dog!” 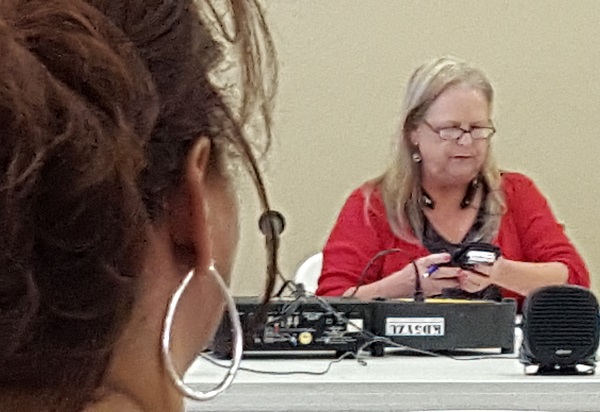 Because audience members kept asking about the Citizens to Be Heard opportunity, Mayor Ball told the audience they could have an opportunity to speak with the Council after the meeting was over.  One man began walking throughout the room with a sign up sheet for people who were interested in speaking.

When the meeting was over the man announced to the Mayor that he had a list of people who wanted to speak.  The audience watched as Ball ignored the man and even turned her back on him.

Members of the audience started shouting at Ball.  She turned around and stated the Council couldn’t hear input from the citizens, saying

We are not in a public meeting

Ball also told the audience that the City Council, by being present and not in a meeting, constituted a “walking quorum.”

After refusing to answer questions for a few minutes, Ball attempted to answer someone, but one man in the audience told her she missed her opportunity.  After that, when people asked her if she would be answering any questions, Mayor Ball replied

I’m not, because this gentleman said I missed my opportunity.

When the meeting was over, a Univision news crew was waiting outside and interviewed many people.  After the City Council members left the building, people went back inside to hold their own meeting about what had just transpired.

City Council Fails to Get Audit, Violates Another State Law